Skip to content
Home / Blog / Nutrition / How to Read Past the Headlines: False Health Conclusions in the Media 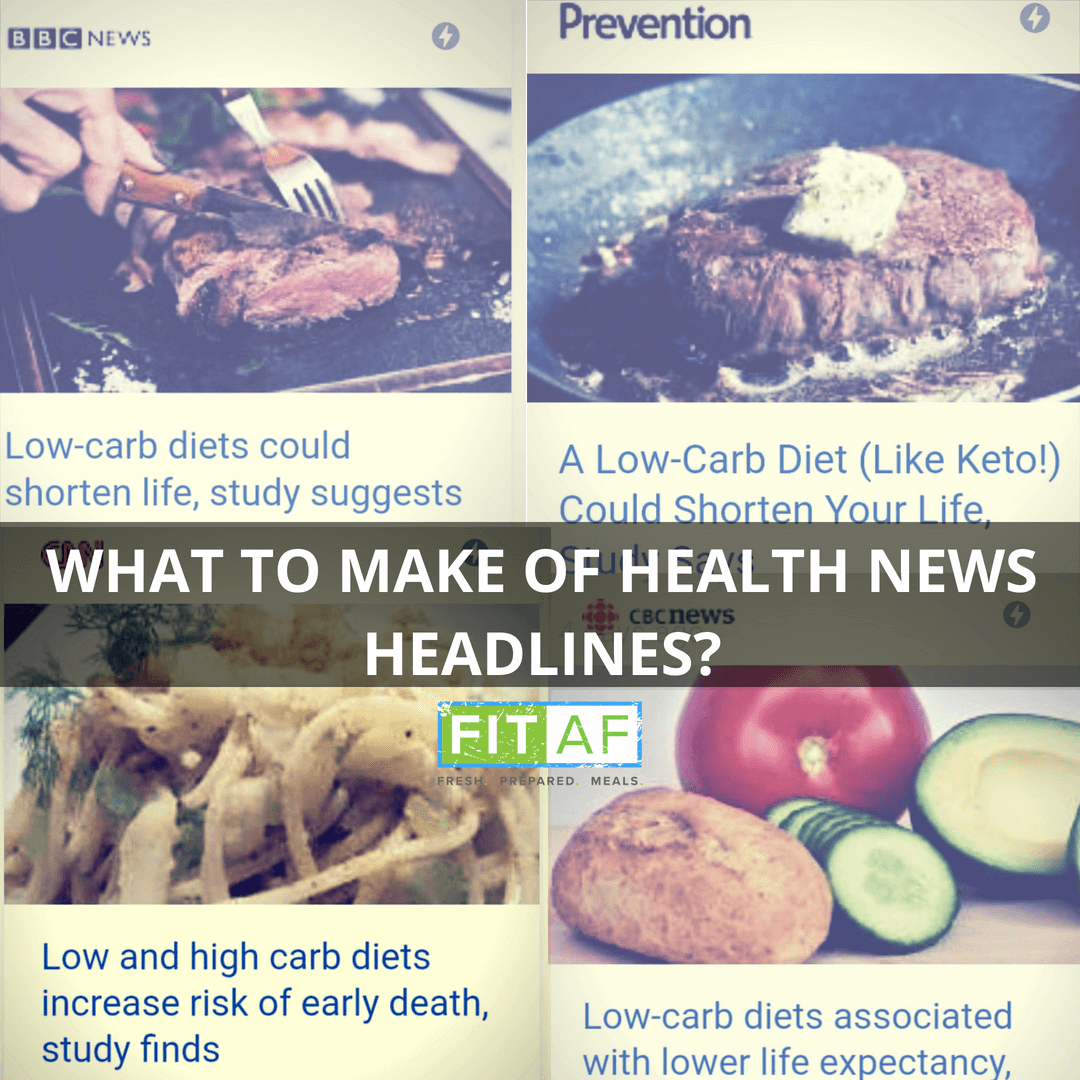 I write this due to the recent news headlines that can basically be summed up as “low carb = early death” After a study in the Lancet was published.

Now I am sincerely trying to come from an unbiased perspective, I don’t promote one diet over another. Full disclosure however, I DO tend to lead toward low carb especially for weightloss.

But I want this article to be more educational than anything and easy to read. And I am excited to come out with the initial thoughts before anyone else has that I can see. And I am curious what others will have to say

Someone can NOT be an expert on everything.

As much as I wish I had time to research the stock market and come up with my own educated decisions on what and how to invest, I simply can not spend adequate amounts hours to be an expert in this area.

Therefore, I spend some time researching who I believe to be the most educated in this and other arena’s and follow the guidelines of a select few. This way I let them do the research and tell me what the best options are.

I say this because what I am about to suggest doesn’t necessarily apply to the lay person looking to learn a little more about fitness and nutrition.

I don’t expect anyone to read research papers unless they are devoted to a certain topic.

Unfortunately, over and over again it is shown that we cannot rely upon the press to provide us with well educated information about many topics, including diet and exercise.

So here is the recent paper-

-Participants were 45-64 years of age from four US communities

-Also, “Mortality increased when carbohydrates were exchanged for animal-derived fat or protein.”

Very straight and to the point! And as such, the media jumped on board and created headlines such as “A Low-Carb Diet Could Cut 4 Years Off Your Life, So Just Eat the Damn Pasta”

I am not immediately saying that the findings in this study were skewed. But it’s important to play a skeptic.

How to be your own judge

Applied to this study…

The study was observational. In these studies researches watch what happens to a group of people and then attempt to make conclusions afterward.

Until the late 19th century, it was believed by scientists and laypeople alike that bad odors caused disease. The sick and dying tended to smell unpleasant so the two phenomena were correlated.

Correllation does not mean Causation.

An excerpt From the study,

“Participants who consumed a relatively low percentage of total energy from carbohydrates (ie, participants in the lowest quantiles) were more likely to be young, male, a self-reported race other than black, college graduates, have high body-mass index, exercise less during leisure time, have high household income, smoke cigarettes, and have diabetes.”

So was it the low carbohydrates that let to this populations death, or was it the fact that they were more likely to smoke and less likely to exercise?

There are so many variables in these studies that it’s REALLY hard to draw conclusive cause and effect- what types of meats were they eating? Heavily processed, nitrate infused deli meats? What types of carbs were being eaten? Was the higher meat intake group also eating more processed carbs such as hamburger buns and french fries? What was the average macronutrient profile of their plate?

Again, I am not trying to defend Keto by any means. However I have an allergy to misinformed news headlines.